Life is a game. Some have it easy, some have it tough. And some have it indescribably tough. Yet the beauty of the human spirit is such that it does emerge victorious against all odds. More so, if it is a woman.

Today, let me give you a brief glimpse of the life of Shabnam Samuel, one such woman who stuck to her pen and did emerge a winner.

Shabnam is a US based writer who is set to release her memoir – A Fractured Life. She is a writer, coach, social media trainer, and the founder of the Panchgani Writers’ Retreat (www.panchganiwritersretreat.com), an international writing retreat based out of Panchgani, India. 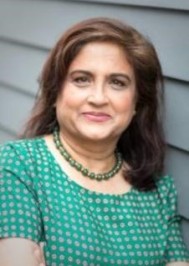 Shabnam also hosts a local TV show called Dew Drops and Words that broadcasts to 2.4 million viewers on the MHz network in the Washington, DC area. You can find her on YouTube under the name ‘Dew Drops and Words’.

Here are some glimpses of my conversation with her.

Swapna: You call yourself a lot of things professionally – life coach, mentor, social media activist etc., yet for me you are an artist who has learnt the art of living despite odds and is now sharing her learning (so far) with others! Am I right in saying that? How do you see yourself?

Shabnam: Yes. I call myself many things. In some ways, I think our society demands it. You are labeled, because that way it is easy to put you into boxes and define who you are. But essentially what I would like to call myself is a story teller! But to the ‘sane’ outside world, this does not really hold a lot of water.

But light heartedness aside, a story teller with the alphabet is what I am. I am definitely not a verbal communicator; my family can vouch for that. I can count on my fingers how many people I really talk to.

Give me a pen and paper any day and I will write you a river (or cry you a river)!

Swapna: I recently read your post on Holi, where you made a statement that appealed so much to me. You said ‘…So let’s just embrace each other’s differences and celebrate our common heritage as Indians, as Humans and find the joy of just being…’  I thought that was so poignant. Coming from a very diverse family, you seem to have realized the value of ‘just being’ and are appreciative of the fact that you have a life to live. Tell us more about your childhood.

Shabnam: The sense of ‘just being’ is very important to me. It is important to let someone ‘be’. Let them be who they are, do the things that make them.

I have seen and I have been a part of things where your individuality is not recognized. That just crushes the human soul. One learns to accept things, for the sake of your own sanity, for the sake of society around you and for the sake of our kids. But every crushed soul has a dream. And it is important for that voice to be heard.

I grew up in a bi-racial, multicultural home. My grandmother was an Assyrian from the former Soviet Union. My grandfather was Indian. Together they raised me in this little town in India.  In a lot of ways the world was a much kinder place then. Assimilation, was not a word most of us, or as a matter of fact anyone of us, used. Today the word is like a buzz word, a differentiator. Yes, we were different and not common at all as a family, but no one around us ever made us think otherwise. My grandmother, despite not speaking English very well or the local language, was like a go to person for every one’s problems. From her, I think I learnt the strength of acceptance and resilience. To me it is very important to be recognized as a human being first. Someone who is compassionate, and someone who is kind. Kindness matters!

Swapna: When did you start writing? Did writing bring you the calm and solace that you were seeking?

Shabnam: I started writing in 2009. That was the year I finally had the strength to realize that I had a reason to exist also. I had never learnt to hear my own voice. My words became my voice. I started with short essays, each one a story from some part of my life or the other. Seeing it in front of me on a piece of paper or on the computer screen, I realized these were my feelings that were acquiring a form in words. I could now acknowledge facts, no longer shrouded in dark veils. I was finally beginning to feel whole again.

Swapna: As a mother, when you went through rough patches, how did you uplift and motivate yourself?

Shabnam: As a mother, and I think all of us have that in us, you never want your child to suffer any of the pangs you have gone through. And that in itself is tricky. It is a fine line one walks on. This should be a judgement free zone. Some of us stay in miserable marriages because of the kids and some of us walk out because we think it is best for the kids. We all have our own reasons and no one should say what is right or what is wrong. The only thing that motivated me to move on was the fact that I would always give my son the opportunity to call someone by the names of Mom and Dad. Having never called anyone that myself, I never wanted to take this away from him. 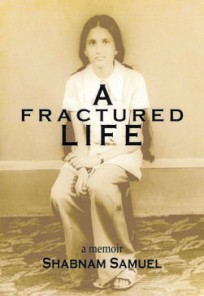 Swapna: You are releasing your memoir this year – A Fractured Life! What pushed you to pen your life’s journey so far? Tell us more about it.

Shabnam: Having said all of this, I was raised different. I did not have a normal childhood. I was not raised by my parents and actually at a very young age was given the responsibility of making sure the world did not know who my parents were. Now, does this give you a clue as to why I wrote a memoir?

We come from a Culture of Silence. A culture that along the way has shrouded us with this cloud of clear demarcations that all things good are only told to the outside world and all things bad are kept inside your own world. For women, this is doubly true. We are supposed to be the strength, the keeper of secrets, and the face of acceptance. It does not matter that some of us crumble inside.

This needs to change. I know my story is not unique. I know there are so many of us out there. In writing my memoir, I want the world to know that silence should not be a part of our culture; I want young girls of today and women of yesterday to know that we all have a reason to exist. We all have the right to exist and no one should ever take that away from you in the name of culture, family name, kids, spouses or any other reason. So I write to prove that I exist.

Shabnam’s memoir – A Fractured Life – is all set to release in September this year and the preorders start in April.