This is where empowerment becomes a critical word.

But with all these talks of women rights, feminism and women empowerment, the true meaning of the word ‘empowerment’ seems to be lost. While we demand our rights to be treated as equals at home and at work, we have somewhere forgotten that empowerment is not something we need to seek from others.

Empowerment should come from within.

But then he said he has been surrounded by strong women all his life, mother, sister, wife etc. who are so empowered that they did everything for him, he never had to lift a spoon. They were also his inspiration for his business. Ironic, ha? To me, empowerment means to let women breathe, it does not mean that they have to be perfect at everything they do.

In this day and age, some of us still find it difficult to break the stereotype of how a woman should be. But we must remember and acknowledge those women who actually paved the way for us to be capable human beings in our chosen fields. Progress takes time. These women paved the path for others with a lot of courage, conviction, and strength – the first woman voter, the first woman leader, the first woman doctor, rather the first woman to get out of the kitchen!

One such woman was Captain Prem Mathur, the first female commercial pilot in India. She got her commercial pilot’s license back in 1947. After that, she tried applying to various airlines for the job of a pilot but kept getting rejected. Undeterred by the rejection, she kept trying. Finally, after about eight rejections, invariably because she was a woman, Deccan Airways called her for an interview. After asking her all the technical questions, they asked her how she would manage during night halts with the other male pilots. She suavely responded, without getting agitated or embarrassed or angry, that they would not regret hiring her. And based on her confident answer, she got the job.

However, she did hit a glass ceiling a few years later when she was refused command as a pilot for being a woman. She moved on from there and became G.D. Birla’s private jet pilot. And, as they say, the rest is history. She moved on from strength to strength. 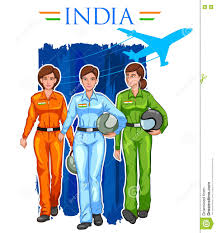 Not only until then, but even later, women were considered only for serving as air hostesses. It is only in recent decades that more and more women are becoming pilots.

But today – we have it better than people like Captain Mathur. Then what is stopping us? Today, we women have it cut out for us in most fields. Then why not take advantage of this and confidently move ahead to do what we want? What are we waiting for? What are we scared of?

One thought on “She Dared to Fly – Captain Prem Mathur”