Massively digested popular culture today, has got a bunch of movies, television shows, and books that differ in extremes when it comes to political correctness. One of these movies is, of course, Wonder Woman. When it came out, it received a lot of positive criticism regarding its portrayal of feminism and strong women. However the movie couldn’t have gotten feminism more wrong. Widely toted as a strong, woman centric movie, it is in reality a portrayal of cinema that simply tends to stereotype women, or instead, speak of women that aren’t even included in the equation – and then label itself under the banner of feminism, and there’s a million other works of cinema that do this.

Because of this, we decided to sit down together, and in an article, try and categorise these movies and figure out what are the different ways movies and TV shows portray women, or even gender, and try and look at this through certain examples of popular cinema. 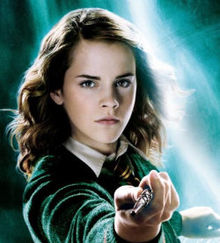 We eventually zeroed in on three different categories of portrayal – firstly, we look at the movies that get it all wrong – movies like Wonder Woman, or Harry Potter (yes, J.K, as much as we love her, is not a shining source of feminist perfection) for example, which are more pseudo-feminist than anything else. Secondly, we look at the movies that get it right, and bring in the concept of all these women who confront the patriarchal male-dominated society, and come out on top. These movies put a lot of effort into crafting characters that are strong, and specific to their gender, where they use their own specific woman-like characteristics to their advantage. Thirdly, we have those movies which don’t bring in the gender equation at all. These are the movies which adopt a point of view where anybody’s actions are specific to those characters alone, and they don’t even slightly touch the gender equation, where they create this world where a human being is a human being, irrespective of gender stereotypes, where the propensity for fitting into this stereotype isn’t a matter of concern at all.

Wonder Woman, what’s wrong with it? Well, unlike in the comic version, the whole issue with this particular movie lies in the fact that most of the strongest female characters in the movie are the Amazons – an all-women society closely associated with the gods, and then there’s Diana, aka Wonder Woman, where eventually there isn’t a single reference point for the women who are normal human beings living in the world that we live in now. Your quintessential woman who struggles with perfecting the work-life balance at home, isn’t probably going to relate to the Amazons, a society where even the concept of differences in sexes, and lack of sexual urges are the order of the day (when Diana asks Steve innocently why it’s wrong to sleep together, you realise how completely removed she is from the woman of our society). The only two other women with major roles are:
a) Doctor Poison – a woman who has one of the highest positions in the German army, works alongside the General, is a woman of exceptional talent; one that is given no credit for her efforts;
b) Etta Candy – Steve’s secretary and a character written for laughs.

There isn’t much else that needs to be said about how this movie isn’t one that is a shining beacon of light in the portrayal of feminism.

Next, of course, comes Harry Potter. It breaks my heart to point this out, but the errors in portrayal are so apparent across the series – the way J.K. Rowling stereotypes Hermione constantly shrugging an eye-roll and saying ‘Boys’ every time Ron and Harry decide to play Quidditch instead of writing out their parchments for Potions homework; or when they all go out to see the Quidditch World Cup and leave Molly Weasley at home; or even the whole idea of the Veela; or how J.K. represents the Quidditch teams as having both boys and girls, but still constantly (maybe even unbeknownst to herself) making it look as if rule-breaking, and going outdoors is a very ‘boy’ thing to do, and this is so much more apparent in the number of wizards that go out to work, and the number of witches who stay at home to clean the house up.

Grindelwald and Dumbledore are the greatest wizards to ever walk the earth, while Bathilda Bagshot wrote History of Magic. Nevertheless, there are moments when J.K. seems to remember that she shouldn’t stereotype her own characters in her own world, where I believe the portrayal of Minerva McGonagall is a powerful pro-women one, and her metaphors for minority rights, her portrayal of racial bias, are all on the point (probably because she couldn’t subconsciously go wrong with these), but there’s a lot of generalisation that goes around when it comes to portraying women and this really affected my childhood in a wrong way.

It is perhaps the responsibility of an author, especially a children’s author, to ensure she doesn’t propagate certain stereotypes that misunderstand or twist out of proportion the content that the people of the world consume, especially when this consumption goes on at a larger scale. And this is something J.K. Rowling should have taken care of, but didn’t entirely, and that’s why we’re talking about it under Part 1.

There’s another interesting point of view that needs to be brought to the table, and this arose when we were talking about the movie Dangal. This is a movie that is widely considered and sold as a movie about women empowerment when in reality it is anything but that. It is a story about a wrestler-father that wanted a son, but ended up with two girls instead. He decides to make do with them, and he, without giving them a choice, imposes his will for them to be world-class wrestlers; he restricts their diet, restricts their choices, even not allowing them to grow their own hair, and when eventually they win their final medals, it is less a victory for them and more a victory for him. The thing about this is, though, that it’s a biopic. It’s a real life story, and we can’t really blame the directors for showing a movie with male dominance to the extent as has been portrayed, but at the same time, passing it off as a movie about women empowerment, is something that should not be condoned. 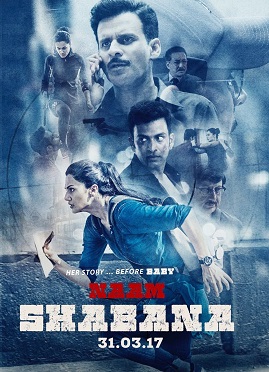 At the same time, there are the fictional movies – even the good ones, such as Naam Shabana. A scene towards the end of the film has the protagonist in a tight spot, when a man needs to step out and nudge her in the right direction. Movies show men as having no blemish, as being larger than life, but for some reason, the women characters are more reality based. This is a problem as well, because you can’t have different rules for different genders. There are a bunch of movies out there that end up making these mistakes, but there isn’t much we can do except point them out, and hope these things are taken into consideration, because the impact they have in terms of creating blasphemous stereotypes, is absolutely irretrievable.

The Bechdel Test is a measure of the representation of women in fiction. It asks whether a work features at least two women who talk to each other about something other than a man.

As of April 2015, it is listed that 58% of movies pass all three of the test’s requirements, 10% fail one, 22% fail two and 10% fail all three. Furthermore if passing the Bechdel Test was mandatory, half of the 2009 Academy Award Nominees for Best Picture wouldn’t qualify.

The primary reason for the inaccurate or stereotypical portrayal of women is the lack of gender diversity among script writers. The Bechdel Test, thus proves to be an accurate scale of measurement and looks to seek less of a stereotypical, sexist approach to women and more of the portrayal of meaningful female characters, with movies like Kill Bill – Vol 1, Bridesmaids, Hidden Figures, Frozen to name a few which stand as fitting examples.

This summarises Part 1 of the series, where we’ve tried to cover all the major examples within this particular form of portrayal, whose main weaknesses lie in the disregard of the larger issue at hand – that women in real life and those portrayed in these movies are denied choices because of their gender. And even if portrayed, is never brought to light with enough substance.

Dangal is a really good, close to home, example for this, where women aren’t really given much of a choice when it involves making their own personal decisions and choices – such as deciding to grow out their hair, or satisfying their want to use beauty products.

While this was shown in the film, it wasn’t highlighted as an issue women of our society face, and this is something that needs to be addressed by such films.

A much more fitting ending to Wonder Woman would be her fight against Dr Poison, one strong woman against another, separated by the forces of good and evil with Diane acknowledging the lack of open doors for women in this world and striving for change, proving that it isn’t a sword that makes a superhero, nor fighting men that makes a feminist.

Look out for Part 2 of this series in next month’s issue of Eyra!

Eyra Young Voices editor, Samarth Narayanan, has co-authored this article with Ariktha M Koundinya. Ariktha is a 16 year old who believes in fairytales and is deeply frustrated by the crushing reality of human existence. She writes poetry of her madness, winding it with metaphors so as to make it look pretty. More often than not, she is found with ink stained fingers, looking up at the sky expecting it to shatter and fall to the ground like shards of broken glass. But more than a poet or an artist, Ariktha is simply a little girl, lost in Enid Blyton fantasies, who knows that magic only happens when she closes her eyes, and so she smiles in the darkness.