Back in the 90s, when I was a teenager living in New Delhi, I remember having these conversations with my parents on what to wear for college or get-togethers. I always wanted to wear a pair of tight jeans, or skirts and they, like any other parent in those times, would persuade me not to wear ‘so called’ revealing clothes.

Women wearing pants were not unknown to India then, but limited to a few. 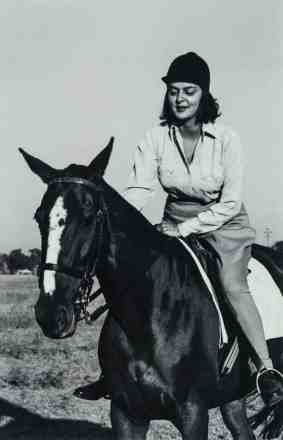 In fact one of the first woman to wear pants in India was the Rajmata of Jaipur, Maharani Gayatri Devi. Known as one of the most beautiful women in the world, she was celebrated as a fashion icon of classical beauty, both in India and in Europe. She is considered an icon in herself; not only because she was boldly outspoken but because she always led her life on her own terms. In fact, her choices caused ripples in traditional society, also bringing about a refreshing change for the women of the day. She enjoyed dressing up in khaki pants – a brave move in those days, since women of royal families were expected to dress in traditional attire only.

She was the daughter of the Maharaja of Cooch-Behar, and is said to have got her free spirit from both her grandmother, Chimnabai – known for revolting against the restricted life of royalty, and her own mother, Indira – who revolted against arranged marriage and married a person of her choice. Always elegant and graceful, yet extraordinary and unconventional, Gayatri Devi was listed by Vogue as one of the most beautiful women in the world. She always credited her own mother for her sense of style.

We have seen a sea change since those times. I can see girls of today retorting back efficiently.

Do women have a right to wear whatever they want? Yes – of course.

I am a strong advocate of the principle of right to wear anything you want as long as you like it. No one, including your spouse, can make you wear what you do not like. Our first step of hypocrisy begins here and we need to stop that. On one side, there are these people who stop women in their homes or their community or society from wearing western clothes and on the other hand, they heartily accept models and actresses wearing them.

No doubt the society is evolving, thought process is evolving and as is often quoted in Hindi – ‘nazariya badal raha hai’ but in some places, this practice still exists. But it is good to be a part of the new buzzing century where clothing and fashion trends of the millennial is setting them apart. In this context, to stay relevant, the new woman has to be suitably attired to show that they are no longer the docile creatures that they were thought to be in the 20th century. Of course, a woman always has a choice of wearing a traditional attire whenever she wants. In fact, it looks elegant and classy. However, the choice is up to her and she needs to remember that.

So, come on. Let us bring in the change and let us learn from many such role models like Gayatri Devi to live life on our terms and fight for our rights. And wearing what you want is, of course, one of them.

4 thoughts on “Maharani Gayatri Devi – Wear what we Want ”