Driving across the bustling traffic of Delhi, late for my appointment, I was calculating the time of my probable arrival when, without a warning, GPS took me off-road to a narrow mud lane. As I was in quandary on whether I was in the right direction, a few minutes down the road, I entered a serene place with a lake, where lots of ducks were enjoying a swim. I could not believe my eyes. I had to look twice, and figured that I had reached Mann Ka Tilak – my destination.

Instantly I was pepped up.

The surroundings brought in a sense of calm as I parked the car and made my way in. It seemed befitting to house elderly women in a place like this. Yes, Mann Ka Tilak is an old age home, for women.

Mann Ka Tilak is an initiative by a non-profit organization, Wishes and Blessings (http://www.wishesandblessings.net/). Just as the name suggests, the NGO aims to bridge the gap between the blessed and the not-so-blessed. 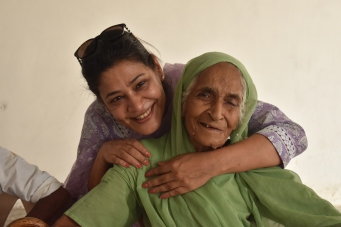 Dr. Geetanjali Chopra, the founder of Wishes and Blessings, is very passionate about social work. Professionally, she began her career in the field of journalism, and later moved on to academics. She now dedicates all her time and energy to this Delhi-based NGO.

Since its inception four years back, Wishes and Blessings has started a lot many not-for-profit initiatives – orphanages, home for visually impaired children, old age homes and homeless shelters.

Their latest project is Mann Ka Tilak. Understanding the pain and heart-break of old, abandoned and destitute women, this project accepts women into the Home and provides all facilities to them completely free of cost, and relies on self and donor funding to maintain the premises.

Coming back to my visit, I stepped inside a big courtyard where two lovely kids of about five years were playing. They were the caretaker’s children. The place seemed lively and the staff at Mann Ka Tilak is all young and enthusiastic with a passion for helping the society. 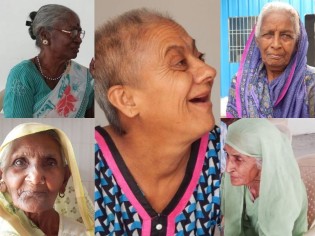 Entering the neatly maintained kitchen and dining area, I met the five women currently residing there. All of them are 70+ years of age and come from varied backgrounds. Some have been working, some haven’t, some have been widowed and some abandoned.

Each story is more heart breaking than the other.

But, Munni Amma’s words stayed on with me. I asked her what she would like to tell the youngsters of today, and she responded that girls should live their lives with courage. She said, ‘…himmat-e-marda toh madad-e-khuda…’ Loosely translated it means, with courage comes the Lord’s help. Basically saying that God helps those who help themselves. At 71, she packed her bags, and decided voluntarily to move to the Home to live her remaining life peacefully. A strong woman with clear focus knowing when to keep the emotions at bay!

Five different women, and five different stories. I was taking in all that I was seeing and hearing, and was tremendously impressed, and also saddened. A heartbroken Champiya Amma advises, ‘…taking care of parents is like taking care of God…‘

But I like to see it differently. We often hear that blood is thicker than water, but sometimes with impurities of our intentions and character, blood can become much thinner. In such a case, we should be open enough to embrace water as our own. The world open and round, so why box love and insist that it comes from the source we want!

As Geetanjali puts it, ‘While disappointment, heartache and frustration have also been frequent companions, the rewards in the form of heart-warming smiles and blessings have made it all worthwhile.’

I probe her further and ask about her vision for this single women old age home and what made her start it. She says, ‘Everyone, and more so the elderly deserve love, respect and dignity. Unfortunately some children forget the very basis of their existence – their parents – and tend to ignore, abuse and abandon them in the very last stage of their lives. The statistics are alarming and the stories horrific, but they continue to suffer in silence. Mann ka Tilak is the first of the many old age homes we plan to set up to deal with this reality. It is our vision to give the elder the love, respect and dignity they deserve.’ 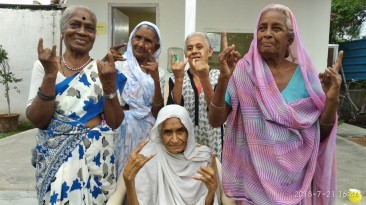 While spending the next two hours with these women joking, laughing and enjoying, I could not but wonder what a travesty their life had become, yet could not help but salute their spirit and people like Geetanjali.

Do we have it in us to give them that?

Young Voices
Artist in You!
Beauty and Wellness
Nurturer in You!
Fighter in You
Achiever in You
Pre-British India had a very progressive conception of sexuality and gender identity... (Link in bio)
Artist in You