Recently, a 46-year-old black man, George Floyd, was killed in the US during an arrest for allegedly using a counterfeit bill. Reason – a ‘white’ policeman knelt on his neck for nearly nine minutes.

This piece of news has caused a furore everywhere, including India. Thus was born the hashtag #blacklives or #blacklivesmatter. 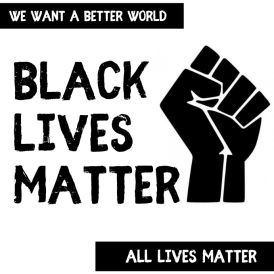 Let us take a step back to see the meaning of the phrase ‘black and white’. It means without any ambiguity. Where did the phrase originate? It originated from the fact that there is a distinct difference between the colour black and the colour white. Even a colour-blind person, can see black and white. Hence, the usage ‘it is written in black and white’ broadly conveys ‘even a lay person can understand‘.

Since ancient times, human races have been identified based on their skin colour, hair colour, and other physiological characteristics and the place of their origin. 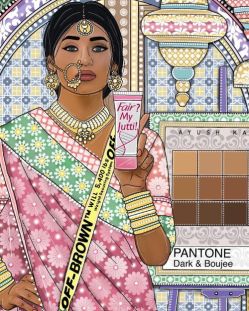 India is no different, especially being multi-lingual, multi-racial and multi-religious. It is all over the news that a leading corporate has offered to remove the word ‘Fair’ from their skin lightning product. But would re-labelling the product enable the prejudice to vanish? A lot of protests have taken place against fairness cream advertisements, as they are not only misleading, but encourage discrimination, as many (rather, most) people equate fair skin toned humans to be more beautiful than the regular brown skinned/dusky/black ones, especially women. Our matrimonial ads stand proof for this. Almost all of them contain conditions like ‘Looking for FAIR skinned, traditional, cultural etc.’ One can talk at length about each of the adjectives given in matrimonial ads.

Such racial divide and superiority of a race/colour/caste/religion are created by people in power to scramble for more power and by the corporates to increase their profitability. This cancer sits in the heads of many who become puppets, conditioned to the thinking that a particular race or skin colour or religion or caste is superior to the other.

In my opinion, there are three layers of words or phrases used by us at all points of time:

1. Words or phrases that cause obvious discrimination – ‘she is not good looking’, ‘she is dark‘, ‘manhood’, ‘be a man’, ‘don’t be a girl‘, ‘you are so gay‘ etc. These words very specifically train our minds to think what is right and what is not, making us ashamed of not being a man.

2. Words or phrases that are subtle but subconsciously steer us towards prejudices – ‘drama queen‘, ‘being hormonal‘, ‘catfight’ etc. As if men don’t have hormones, get into fights or dramatize. These words are used casually but get inside our heads to cause bias, many times against ourselves.

3. Words or phrases adopted by use in a casual manner without realising the actual meaning of it – ‘are you dyslexic?‘, ‘he/she is schizo/psycho‘ etc. We use it without understanding the seriousness of the words.

Many times it is the first layer, leading to second and slowly to third, or sometimes they are not so co-dependent but each of these three layers exists.

Take the word ‘Blacklist‘ or ‘Blackmail‘ as an example. Blacklist is usually referred to those who have violated / flouted – be it a law or a regulation or a moral code. We use it so casually in corporate world especially to say, ‘we have blacklisted somebody’. It creates a subconscious belief that black is bad, and white is more acceptable. Of course, there are many more black/white related words. Similarly, look at the word ‘Dark Horse‘ which means a person’s abilities which are not yet fully known. 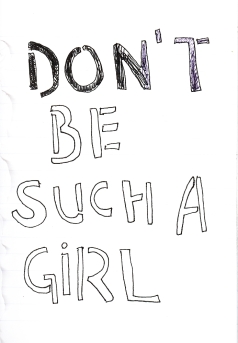 With the caste system still prevalent, the law provides for privileges for the ‘backward’ classes. The intention behind usage of the word ‘backward’ is to move forward and provide equal opportunity to everyone. It recognises that ‘Equal’ or ‘Normal’ is not the same for everyone. However, the very word ‘backward’ which was used to identify people who are disadvantaged/unfair circumstances, came to be used to discriminate and undermine people. We need to understand there is backward in forward and forward in backward. We need to understand that all lives matter. There is a need for kindness and compassion towards all.

The word ‘Physically Handicapped‘ refers to persons who lack one or more of the physical features or ability normally bestowed on human beings. Due to misuse of the word, it was found to be harsh word and was replaced by the word ‘Disability’ or ‘Physically Challenged‘ and now has led to ‘Differently Abled‘. All these words have been evolved to find a softer way to identify a group to provide better facilities to them. However, people who would want to use a negative connotation casually use this word and it has brought upon hurt.

Most of these words and phrases have humble origins, but have been stretched to include discriminatory connotations. With changed circumstances, the words and their implied meaning evolve. This forms a vicious circle.

Sometimes we casually use certain words, left to us by our ancestors/influencers. Influencers can be anyone from a famous celebrity or a personality who is famous in any social media having immense followers. We are influenced by the messages/posts shared by the said Influencer.

People easily use the words ‘dyslexic’, ‘obsessive compulsive disorder‘, ‘schizophrenic’, ‘mad’, ‘crazy’, ‘mental’ for importing the meaning ‘silly’, or ‘peculiar’, and sometimes, people use these affectionately, and sometimes just to label someone who has peculiar habits or anger issues, or just is a jolly good fellow. These words, formally, are used to identify people battling with a serious mental condition or a disorder. Using these casually could potentially hurt or form a label or a word to identify the said individual. Little regard is given to the fact that the individual may not be able to express their hurt, or worse, they are genuinely battling with the very condition.

Some words which have a positive meaning can be used to give a negative import. Take the word ‘Ambitious’, which means a person who is determined/motivated and the word has come to be used by some to shun and put down a person saying ‘you are too ambitious‘ or ‘don’t be so ambitious‘, implying that the tasks which the person is aiming to achieve are impossible to achieve, or that their determination is foolish. Some use the word to imply that the person (mostly women) has neither the right nor the capability to have such determination/dreams.

A single person can change the connotation of something as ordinary as the word ‘chill’ which originally means ‘to cool‘, to its new meaning – ‘to relax’. Some students who developed a code word for having casual sex, turned the entire meaning of ‘chill‘ by coining a phrase ‘Netflix & Chill‘.

Clearly, words/phrases evolve in meaning and import as the society undergoes change. While, some of these may be harmless whether it is a startling change or not, some of them have been used to discriminate and some to be unkind.

Ultimately, it is important for all of us to be aware of the meaning and import of the words and phrases used by us and to practice kindness and compassion while choosing our words. So far as we don’t hurt another person with our customs or words or phrases or gestures, it can co-exist with us and evolve with us.

Having said all of this, if any unpalatable word or phrase is used against you, learn that they do not have a power over you and you know what you are. I am not saying don’t report, but don’t let ANYONE upset you more than a particular limit. Also, laugh a little!

Priyadarshini Natarajan is a lawyer practicing in Chennai dealing with corporate and commercial transactions and litigations. Apart from her profession, she also enjoys traveling, making friends and sharing inspirational ideas. She blogs at PRIYATALES.