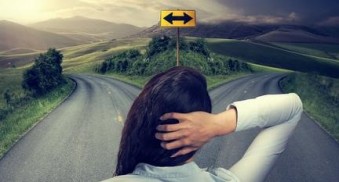 She woke up with the incessant chatter of children back from school. Various school buses were coming in to the society and dropping the children back home. Young children jumping out of the buses on to some welcoming arms, handing over their bags, lunch bags to them, ready to go home and have some fun.

Shreya looked out from the window. The place was agog with young voices – happy, sad, hungry, tired, and excited.

She slowly turned in and looked at herself in the mirror. A pretty face, with lovely hair around her shoulders, with eyes big and beautiful. However, right now, her eyes had black rings around them; her lower lip was swollen with a gap where her front tooth was supposed to be. All gifts given ‘lovingly’ by her husband. After all, is it not a wife’s duty to take care of her husband in his sickness and in health? This was his sickness. His drinking habit. And, the subsequent thrashings.

She took a deep breath and looked around. The flat always appeared to her as her cage. A place where her wings never flapped and she could never dream or feel free. She thought of the children walking, swinging, dancing, hand in hand with their mothers. Free. And happy.

Her father had point blankly told her that her place is by her husband. Her mother had reasoned that she needs to be patient and in time he will start loving her. She also added, the very fact that he is possessive, at times obsessive, to the point of hitting her when he gets angry with her, only proved that he loved her a lot and really cared.

Will these parents really understand their children when they grow up? Or will they also be bound by the society and not give an ear to their child in trouble, thought Shreya as she fell back on the bed.

Family support is so important, thought Shreya. She had none, lamented her heart as tears welled up her eyes.

Sleepily, her thoughts went back to last week.

Last week, while stepping out to buy groceries, under some newfound strength, she decided to walk into the Women Aid NGO, who had recently opened their office across the street. Scared, worried, and in tenterhooks, she had met Laxmi didi, the coordinator at the NGO.

After a good half an hour of saying nothing and drinking enough cups of water, she had slowly opened up.

Laxmi didi had been indignant after hearing her plight. Shreya had merely wanted to let out her feelings through tears, she had wanted somebody to reassure her that her husband did all this only because he loved her. He beat her when she cringed at getting close to him, because he reeked of cigarettes and alcohol. But was not that also a sign of love? The desperation to be with her. To be one with her.

But Laxmi didi had vehemently said the opposite. She had said, ‘Shreya, this is unacceptable. You cannot let anybody touch you without your consent, whether lovingly or angrily.’

‘But didi, he is my husband. He has the right to touch me the way he wants,’ she had reasoned.

‘That is not true. He may be your husband, but he cannot force you into submission with violence.’

‘I have taken the sacred saat phere with him! I have sworn to take care of him.’

‘Shreya, he also did the same thing. When you were going around the sacred fire, he was holding your hand and going around it with you. He also promised to take care of you. Has he kept his promise?’

‘Didi, he is a man. He goes out to work. He has his own tensions and worries. After all, he is the breadwinner of the family.’

‘Yes, in our society, traditionally the man goes out to forage for food and the woman stays home to cook. This was intended merely to divide responsibilities, not to establish a dominant-submissive relationship. It is a partnership to see each other through life. So what if he goes out to work? If you do not cook, there still would not be food at the table. Both partners’ work is equally important to run a household.’

She also had added, ‘Also remember Shreya, times change. We need to change with them. We have all been taught about the sanctity of marriage. We have all been taught that husband is the provider and should be respected. But these things worked in a time when women did not earn, there was a clear division of responsibilities. Where there was mutual respect in society and very little crime, compared to today. Some of these values do not make sense in this day and age. For example, Draupadi married five men just because her mother in law had decreed so, although Kunti did it unknowingly. But can you imagine the same scenario today? The same fans of culture and tradition would be scandalized if we went home with five husbands today!’

Shreya came back from her reverie. Was didi right? How long would she be able to take this? Maybe she needs to do something about it. But, what?

She was scared. She could probably tell him to change his behaviour or she would leave. But where would she go? Her parents will be angry with her and would not let her come back. They would blame her for ruining their reputation.

What am I even thinking? I have no job, no money, Shreya chided herself and got up.

She went back to quickly clean up the house and cook dinner before Kunal comes home from work, or he would be very angry.

It was 11 pm, Shreya almost dozed off with an empty stomach. The doorbell rang and Kunal walked in. He was drunk as usual and stormed in angrily.

He slapped her and shouted, ‘What took you so long to open the door? Were you with someone else? Where is he?’

Then it started all over again. None of her screams and begging made him stop.

Later that night, lying in bed, Shreya again remembered Laxmi didi’s words. She could not stop thinking about it.

And the realisation dawned, unless I stop fearing what would happen, I cannot make my life better. What if I have a baby tomorrow? Would I want my child to witness all this? No, I need to step out of my fear and stand up. Till I remain fallen, I cannot fight. I need to get up, find some way of becoming independent, then I will fight. What? How? Where? When? Nothing was clear.

She quietly tiptoed out of the bed, and walked out of the flat. Steady unclear steps which pulled her back yet pushed her forward. The early morning air was refreshing, bringing a sense of peace and freedom with it.

More importantly, the air reminded her of the bubbly and happy Shreya dancing her way to the school bus stand.